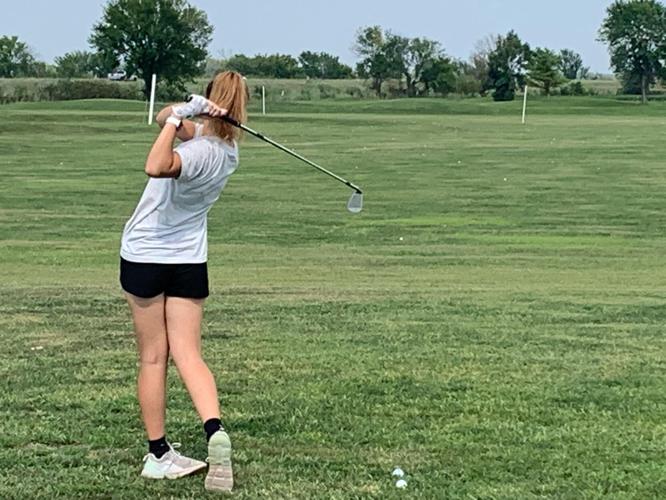 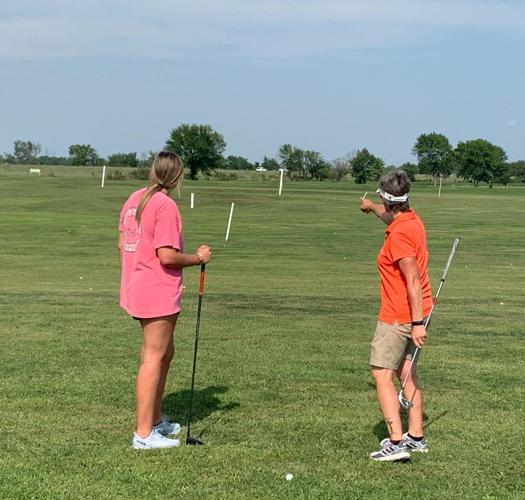 Girls golf head coach Susan DeVoe points out a target for senior golfer Brooklyn Thorne to aim for while practicing her tee shot.

Girls golf head coach Susan DeVoe points out a target for senior golfer Brooklyn Thorne to aim for while practicing her tee shot.

Heading into their third season, the Cardinals golf team has its goals set high for this season.

“We actually medalled in four tournaments last year,” head coach Susan DeVoe said. “So, we have improved enough to win medals. But, now we want to go to state as a team.”

With nine players returning from last year’s team, including four varsity-level players, the team was motivated to work on its game during summer break to help improve their scores.

“I think it will be a good season for us,” senior Brooklyn Thorne said. “We have a good team this year. We practiced together over the summer. We’re still growing, but it should be fun.”

Another player returning to the varsity team is junior Joellen Vogt. Vogt finished last season by placing first at regionals and sixth at the state tournament.

“Nobody would let us in this tournament because we were a new school in golf and we were inexperienced,” DeVoe said. “But it’s good that we have a league tournament where we get to play against all the people we will go to regionals and state with.”

DeVoe said her main focus, however, is making sure the team gets collectively better as the season progresses so they can reach their goals.

The Cardinals begin their season today (Monday) with their first tournament at the Ottawa Country Club.