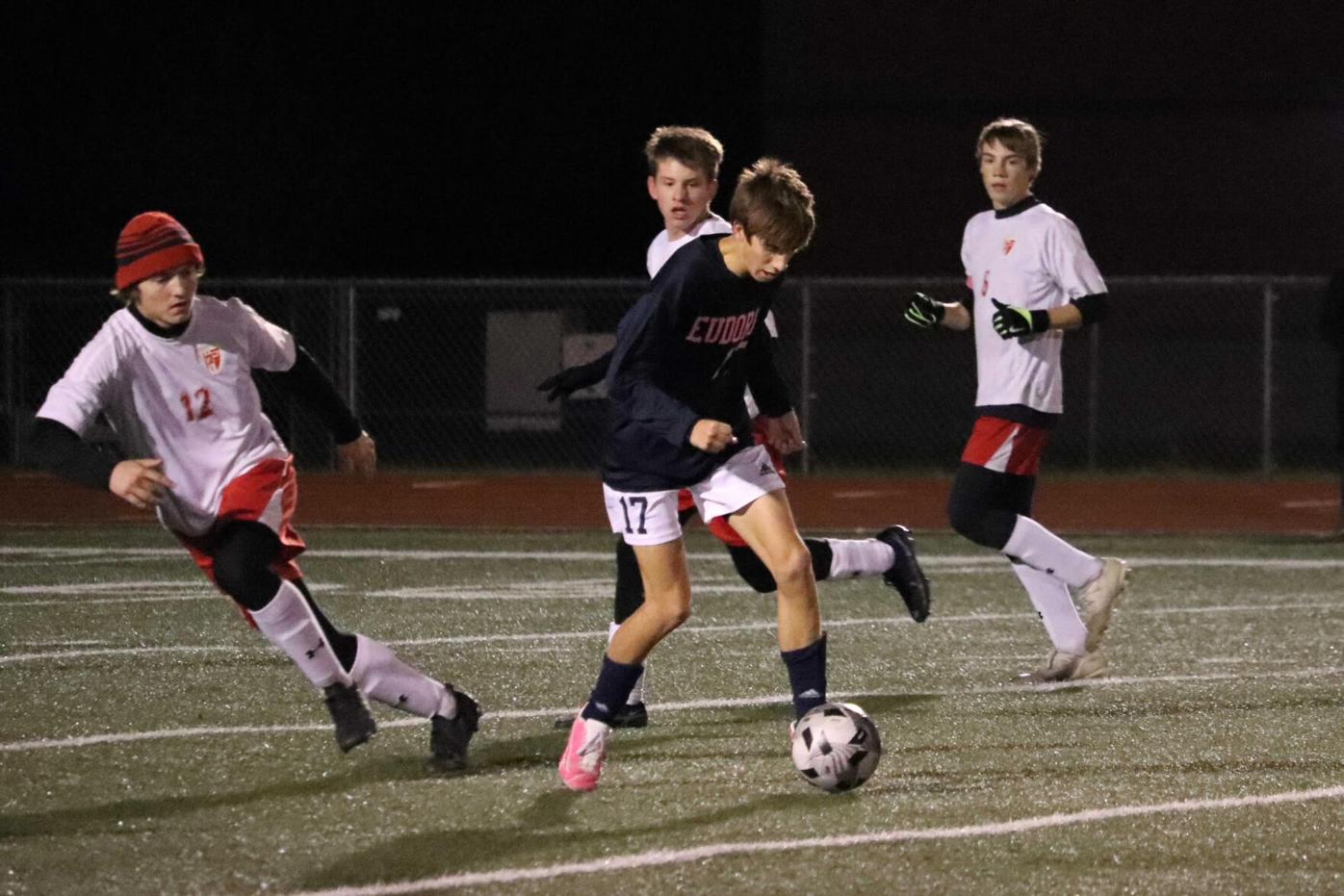 Sophomore Derek Lehmann looks for an opening in the opponent's defense. 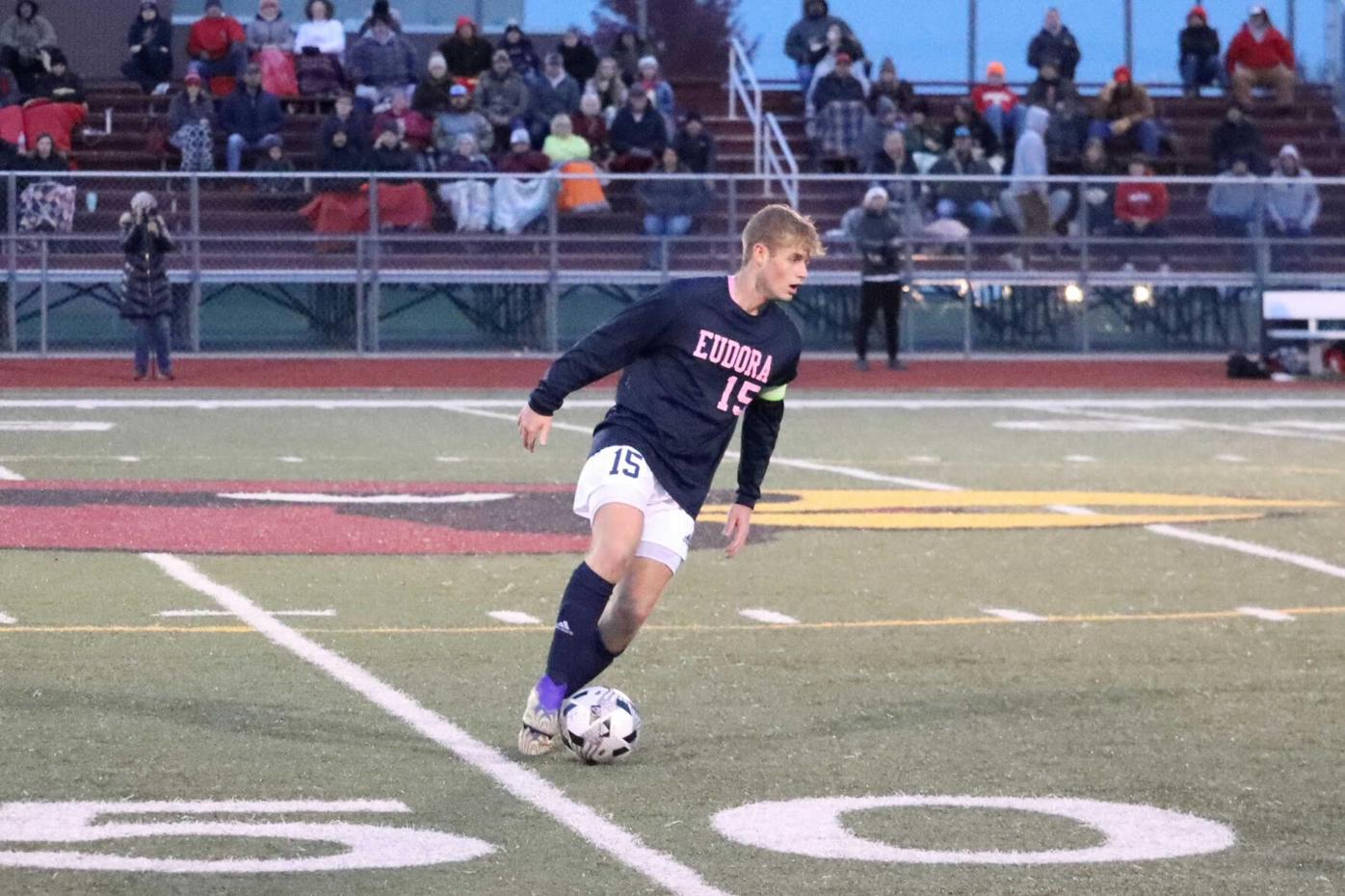 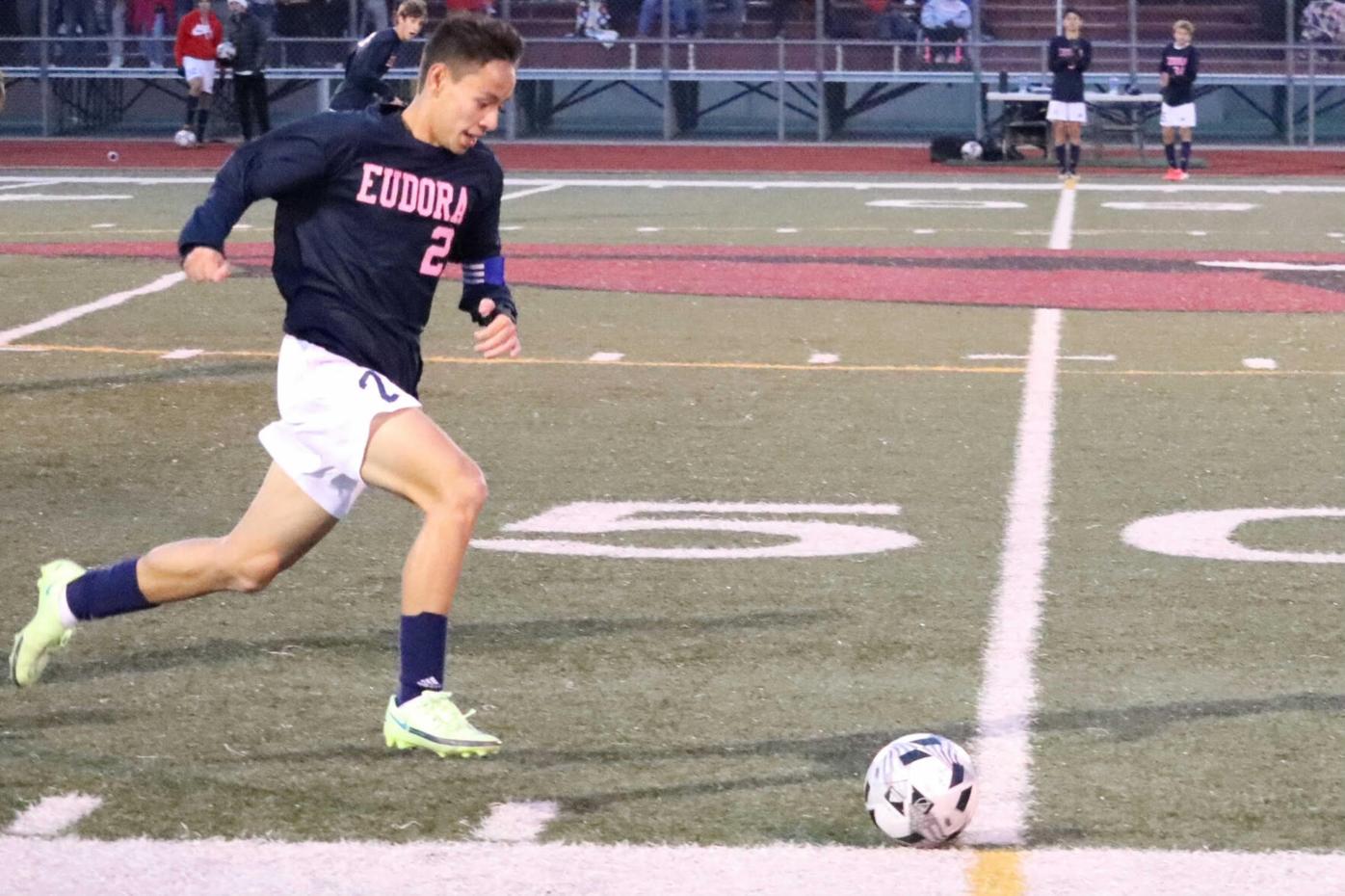 Senior Daniel Stone dribbles the ball away from Tonganoxie’s offense. 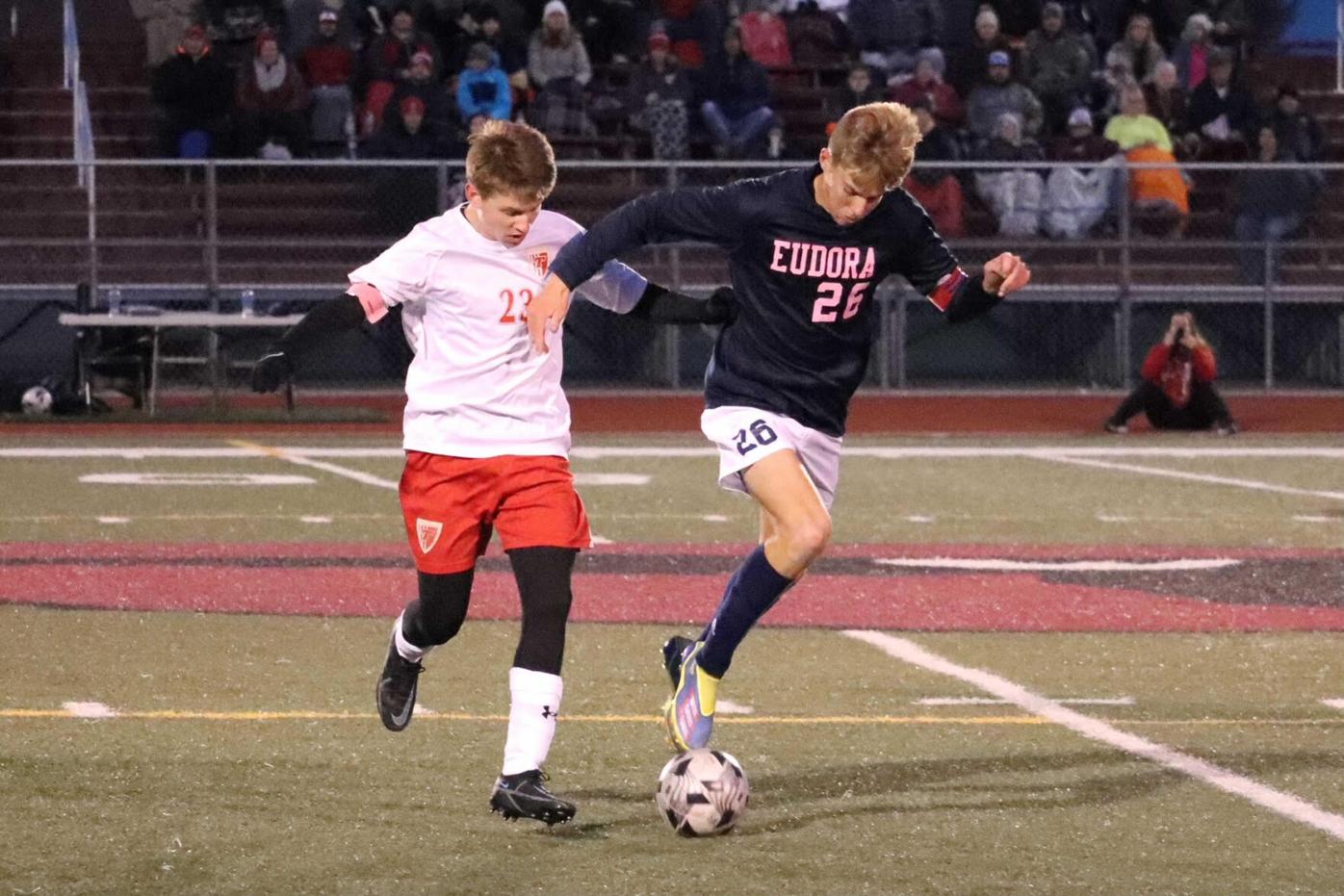 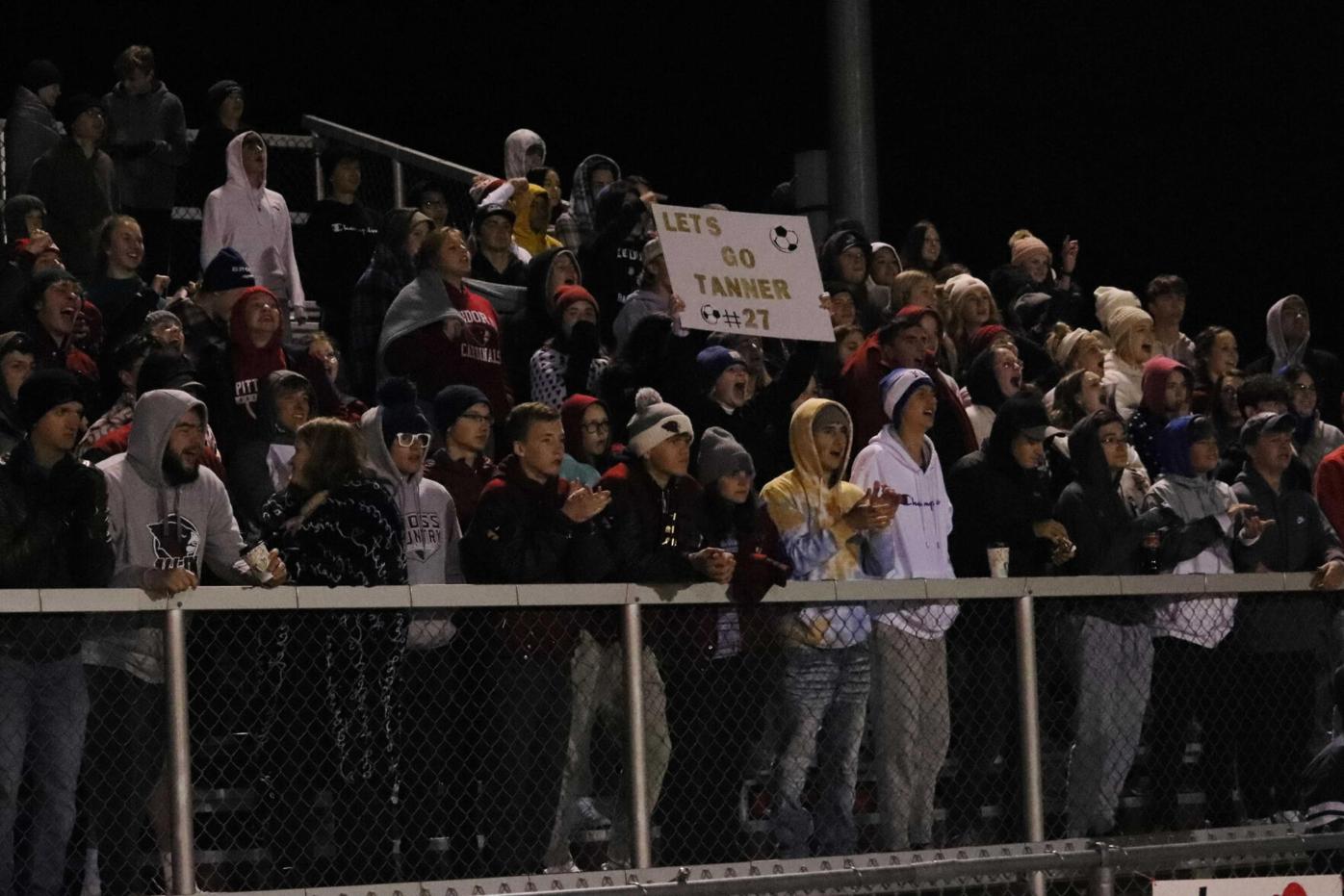 Fans chant “Let’s go seniors!” in the second half of the game.

Many tears were shed Tuesday night by the Cardinals over the 0-2 loss against Tonganoxie, but the players’ spirit still held together long after the lights shut off.

“I feel awful for the seniors because all four of them worked their tails off to get us to this position along with everybody else,” head coach Darren Erpelding said.

The Cardinals knew Tonganoxie would be a tough match-up coming into this game.

“We knew they were going to pack it in and counter us, but they were tough and faster,” Erpelding said.

In addition to the loss, another somber note for the team was this will be the last game for seniors Camden Ridinger, Garrett Shoemaker, Gavin Moody and Daniel Stone. Despite the sadness these four were feeling, the love for their fellow teammates will be a lasting feeling they are proud of.

“I came here in the summer from the Philippines. I left a lot of friends back in the other country. I came into the season wanting to win regionals and state, but later on, I realized I didn’t need any trophies. What I really needed was a family, and I definitely got it here,” Stone said.

The Cardinals did manage to keep pressure on Tonganoxie throughout the game thanks to their aggressive plays.

“A lot of people had some doubts about us. They thought that we weren’t going to be a top-tier team. We pulled it together, and we play for each other because there is a lot of heart and strength in this team,” Moody said.

Not all the seniors had a chance to play in this game, however. Shoemaker was previously injured in the regional championship game last week due to a ball collision to his cheekbone. Not being able to play with his team weighed heavily on him as he watched from the bench.

“I wasn’t able to help my team out tonight, and I am extremely upset about that,” Shoemaker said.

Regardless of not having the full team play, Ridinger was proud of all the seniors and what they have achieved in their high school careers.

“Everything we’ve been through the past four years, last year’s team and the teams before that, I’m just happy that we could go out with such a great group of boys. I am just proud of everything we could accomplish,” Ridinger said.