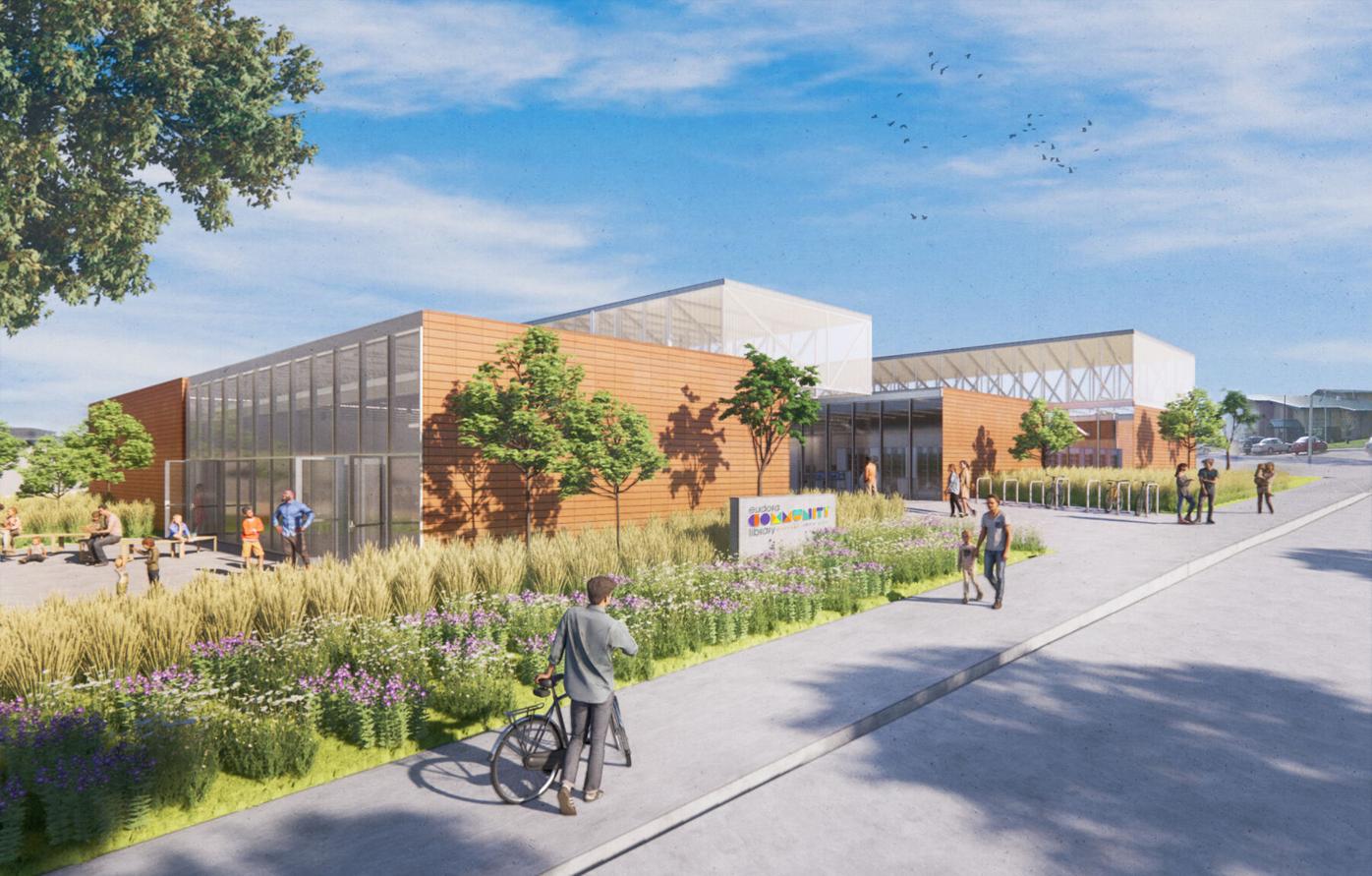 The submitted renderings of what the city's potential future library could look like are from the design/build team of Gould Evans and Mar Lan Construction. 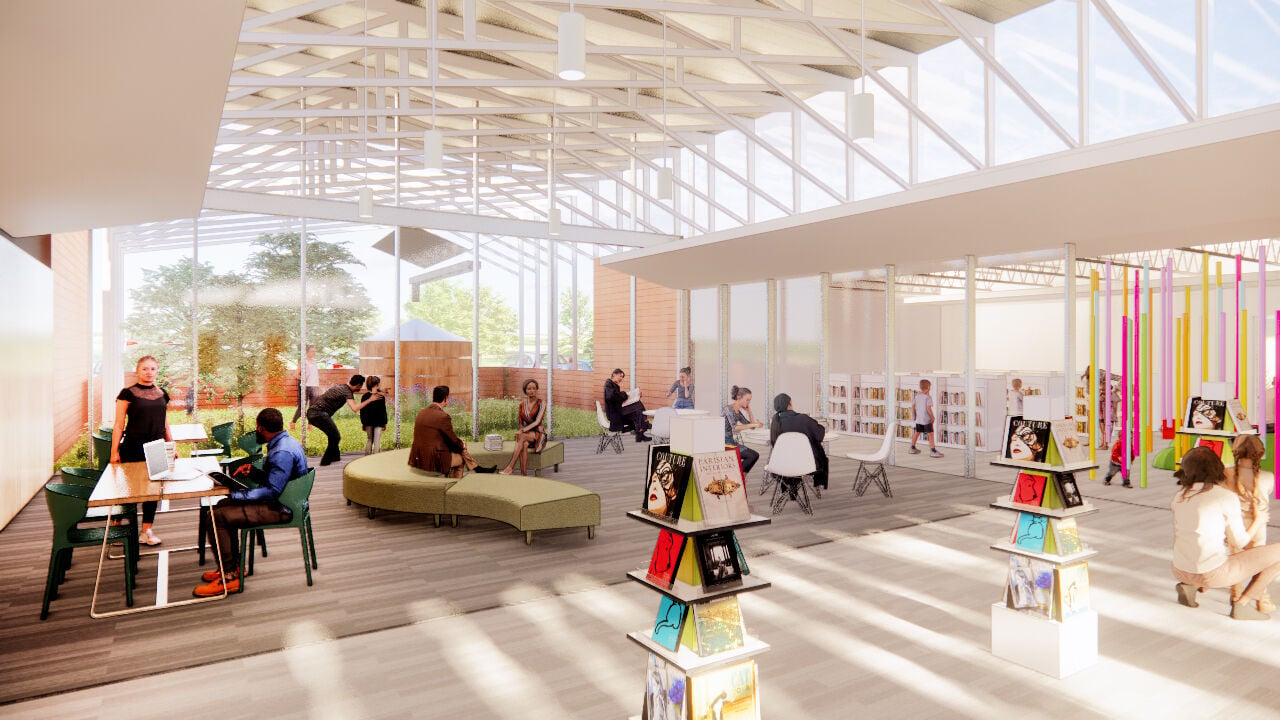 The proposed new library includes a design with natural lighting and many nooks for community members to gather. 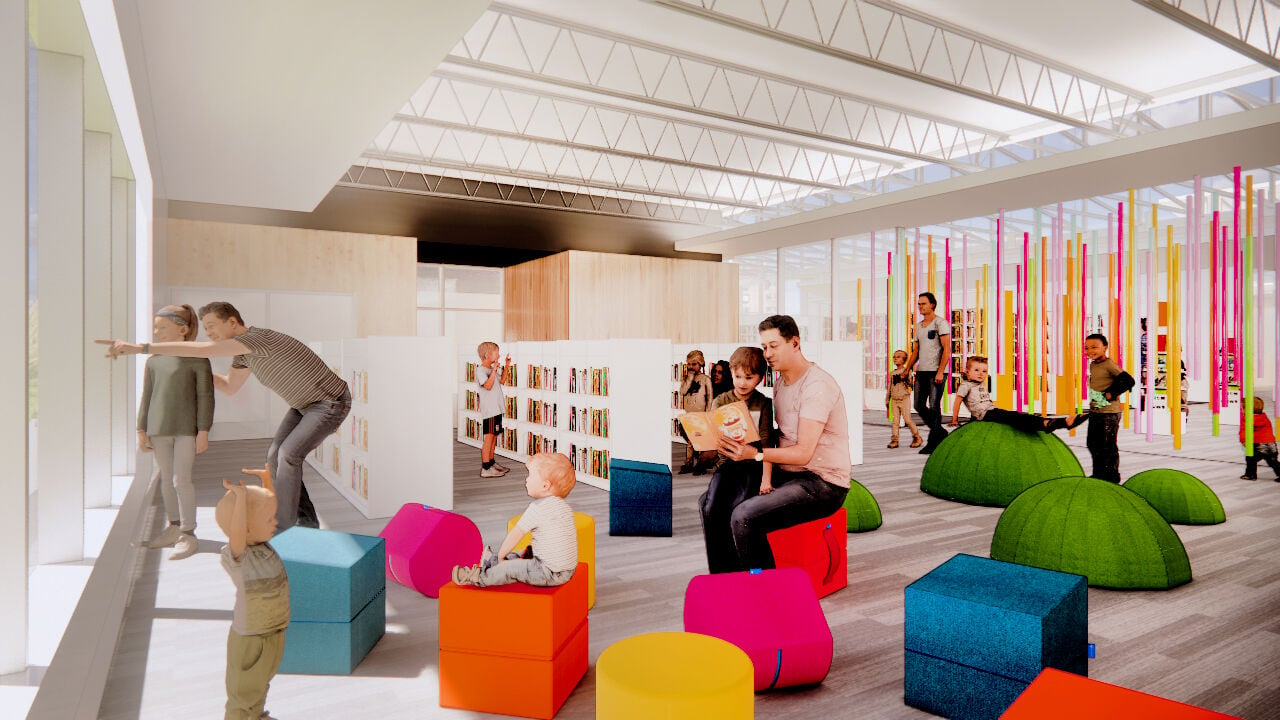 The current library has outgrown its space for children's programming, taking that into consideration in the design for its proposed new building.

The Eudora Community Library is still finalizing details for its potential future home but aims to put a bond issue to a city vote in the spring.

Library Director Carol Wohlford said the board is still working on determining the total cost of the proposed new library and how much money is still needed in order to break ground.

To date, the library has raised approximately $500,000 in donations from community members via its capital campaign and would like to raise another $20,000 from donations, she said.

Construction on the new library could begin as soon as a bond issue passes, Wohlford said, thereby creating the potential for a groundbreaking by late spring 2022 if voters agree to a new library.

Eight years ago, the Eudora Community Library board purchased the lot across the street from the current library with hopes of building a new complex.

“A new building was needed because we have totally busted at our seams here,” Wohlford said.

“The children’s programming is a good measurement of what is going on with all the rest of the programming, too,” Wohlford said. “The rest of it has grown about the same amount.”

The library, which is pushing 50 years, is outdated, Library Board President Eric Magette said. The ceilings leak, there is only one bathroom and there is not enough space for the growing community. When the current library was built, the population of Eudora was 2,071.

The library sent out a field survey to local residents to determine what they wanted in the new building. The majority of respondents asked for more open spaces for gatherings and meetings, Wohlford said.

The new building will be five times the size of the current library, ranging from 10,000 to 12,000 square feet. The latest rendition of the library includes zones for children, teens and community meetings. The proposed new library would also be more electronically friendly with a computer center and internet stations.

“The thing people will notice in the new library will be the multipurpose space,” Magette said. “The space to do things for a group of people bigger than 10.”

The multipurpose space can be used for anything from summer classes that the library might hold to wedding receptions or business meetings. Part of the room will also be a gallery that showcases local art.

Along with the multipurpose space, there are plans for an outdoor activity space, a kitchen for catered events, a larger lobby people can gather in and specified zones for different age groups.

For example, there will not only be a children’s reading room but also a craft room beside it with a full family bathroom.

The teen zone will have two gaming rooms, space to work on group projects and a quieter nook where students can study. The new library will also be ADA compliant.

“As the community grows, we as the library want to offer more programming,” Magette said. “Our community needs a new, modern, state-of-the-art library. We’re really hopeful that within the next couple of years we’re going to be able to provide that.”

As for design, there will be clerestory windows, allowing ambient lighting and natural warmth from sunlight. There will also be water retrieval and dispersal on the gardens around the building done through the use of water catchment on the roof.

“Libraries have become community hubs and ours certainly has become that,” Wohlford said. “We are positioning the library right in the middle of the old town of Eudora. We’re not only positioned well, but I believe we can be fiscal generators.”

More information about the library’s construction progress and how to donate is on its website.