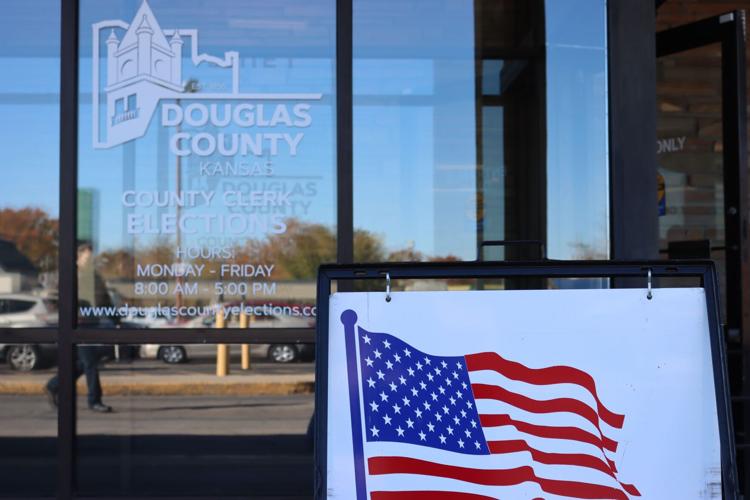 Early voting has started. If Eudora residents are interested in early voting outside of the city, they can go to the County Election Office in Lawrence as well. 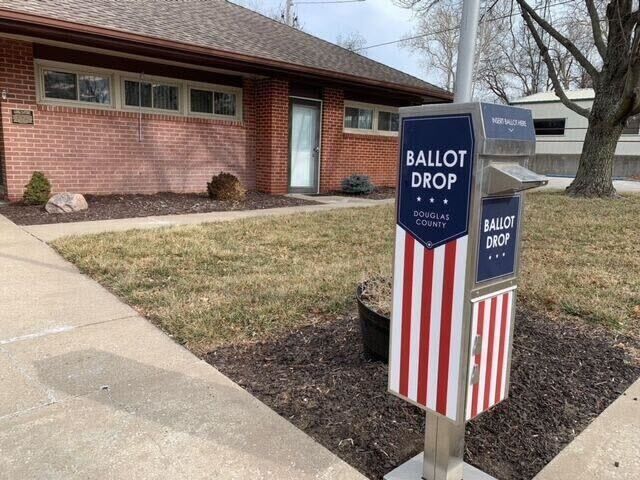 From 7 a.m. to 7 p.m. on Election Day itself, Nov. 8, the Eudora Baptist Church, the community center and City Hall will be open for voting. 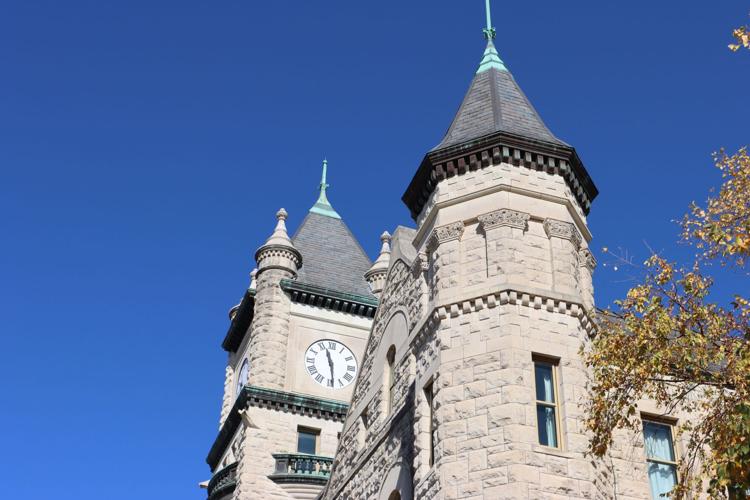 All ballots filled out by Douglas County voters are collected by county election workers. Voting in person, advance voting and voting by mail are all different processes, but the checkpoints involved are relatively the same. 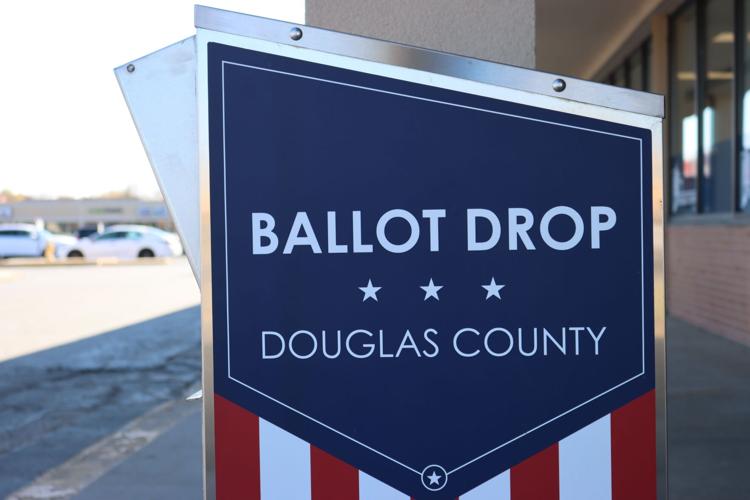 Voters can drop off advanced ballots in a dropbox outside of the Douglas County courthouse. 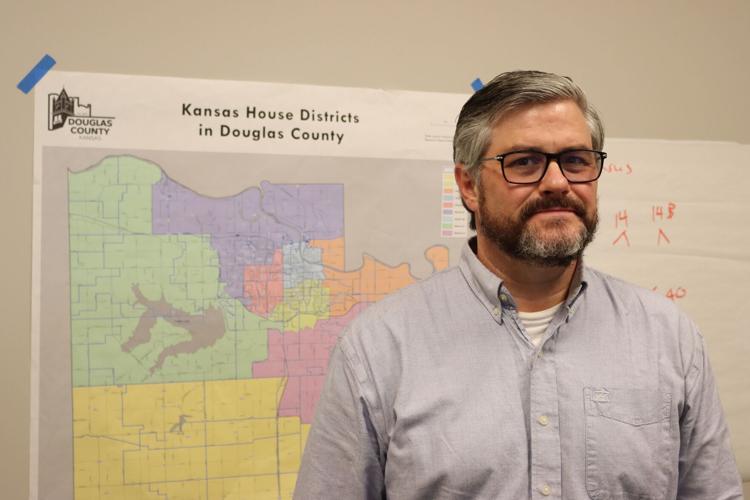 Douglas County Clerk Jamie Shew said the practices election workers use are thorough, and bipartisan groups are involved in the entire process.

As chief election officer in Kansas, Secretary of State Scott Schwab has a lot resting on his shoulders.

This includes making sure the state’s elections remain secure — free of domestic or foreign interference.

“We look at election security the way a lot of people look at cybersecurity,” Schwab said.

With so much concern the last two years about voter fraud, The Eudora Times decided to take a comprehensive look at how voting works in Douglas County and what steps are taken to ensure elections are secure.

Both local and state officials said multiple processes along the way are in place to safeguard elections and explained how the ballot process works from start to finish.

What happens before Election Day

In Kansas, voter ID is required to vote in person or by mail, and includes driver’s licenses and U.S. passports. A match of signatures is also required before someone can cast a vote, but Schwab said this isn’t always reliable.

“The biggest thing we do is voter ID, so it’s one person, one vote,” Schwab said. “We even do voter ID for advanced mail ballots, which a lot of states don’t do, but they’re switching to it. It’s a more reliable source than signature matching, which is arbitrary.”

Each machine that counts votes is tested before Election Day, undergoing what Schwab calls “logic and accuracy testing.” Besides these tests, election workers undergo extensive training, so they are prepared for any scenario.

In Eudora, 19 election workers will be at the polls for early voting and Election Day.

“It comes down to training,” Schwab said. “What’s most important is that we spend the time and money it takes to get those folks quality training. By and large, our counties do a great job.”

Eudora resident Mary Ann Watts will work at the polls on Nov. 8. She’s been an election worker six times now, and started because she was told they needed volunteers in Eudora.

Watts said the security of Douglas County elections is there because workers undergo so much training beforehand. She added County Clerk Jamie Shew is always available for the workers to ask him questions.

She said this election is a little different from others she’s worked.

“It seems like more people are getting involved in it,” Watts said. “I noticed it seems like there are a lot of younger people that are helping out.”

Those interested in signing up as an election worker in the future can fill out this page.

What happens after you vote

If Eudora residents are interested in early voting on other dates, they can go to the County Election Office in Lawrence as well. More information on early voting can be found here.

From 7 a.m. to 7 p.m. on Election Day itself, Nov. 8, the Eudora Baptist Church, the community center and City Hall will be open for voting. Find what your precinct is here.

Voting in person, advance voting and voting by mail are all different processes, but the checkpoints involved are relatively the same.

When someone votes in person on Election Day, their ballot is put into a tabulator, which counts their vote.

When polls close that night, election board workers count the physical number of ballots, signatures and signature receipts, making sure those numbers match. The ballots are sealed into tamper bags, and these bags are driven to the Douglas County Election Office.

At the election office, an audit occurs, and multiple workers read results out loud to each other, double-checking everything. The numbers collected here are what is uploaded to the county’s website as unofficial results.

Next, ballots from a random draw of precincts undergo a hand count again, to make sure there were not any discrepancies in the original tabulation.

As far as ballots that arrive by mail before Election Day, votes collected by mail are batched together each day they arrive. Each envelope is scanned, capturing the signature on the outside. These signatures are compared with ones the election office already has on file. When these are matched, the ballot is accepted into the voter registration system.

A report is created, detailing all of the ballots that arrived by mail that day. Each batch is sent to a bipartisan advance board, which alphabetizes all envelopes. These envelopes are opened, separated from the ballots, and the board makes sure both of these numbers match.

The envelopes are resealed and kept in their original batch, while the ballots are put into a sealed bag and taken to a secure room. These ballots are then run through a tabulating machine, resealed and stored according to their respective precinct.

On election night, these ballots are tabulated again, to ensure they match the original count.

Shew said there is a misconception that the Secretary of State’s office controls every aspect of Election Day operations.

“The only part is that we would report our results to the Secretary of State’s office,” Shew said. “On election night, we will report the results for the state offices so they can see what the statewide vote is.”

Schwab said anything on the Secretary of State’s website on election night is preliminary.

“After they get done tabulating their Election Day ballots, they start tabulating provisional and a lot of advanced mail ballots. Those are accepted up till three days after the election,” Schwab said.

What happens after Election Day

The next week, the Board of Canvassers, which is the three county commissioners, meets and certifies the ballots.

Shew said this long process speaks to the integrity of elections in Douglas County.

Next, the state gets involved.

“When we get all 105 counties certified, then the State Board of Canvassers signs off on it — and that’s composed of the governor, the attorney general and myself — the election is officially over,” Schwab said.

If there is a close race, a hand recount can occur. If less than 1% separates two candidates or ballot issues, 10% more of ballots are audited.

After being counted, ballots are stored in sealed bags for 22 months following the election, then are destroyed.

Because of the extensive double-checking that occurs after a ballot is cast, Schwab said almost none of the burden rests on the shoulders of the voter.

“We want their experience to be pleasant,” Schwab said.

However, Schwab urges voters to be careful during this entire process. He noted the sometimes unreliable nature of the U.S. Postal Service when it comes to ensuring your vote is delivered on time.

“I always tell folks your ballot is your responsibility,” Schwab said. “Treat it like you treat your cash. It’s better to use drop boxes or go to an early polling place in your county.”

So, overall, how likely is it for voter fraud to occur in Kansas?

Election security in Douglas County makes it difficult for fraud to occur, and Shew said practices in the county are derived from both state law, and how elections across the country function as well

“We have strong election laws in Kansas to prevent election fraud, such as post-election audits, signature verification, and voter ID,” Tempel said. “In fact, the state’s largest election integrity reform bill was passed and signed into law and became effective July 1, 2022.”