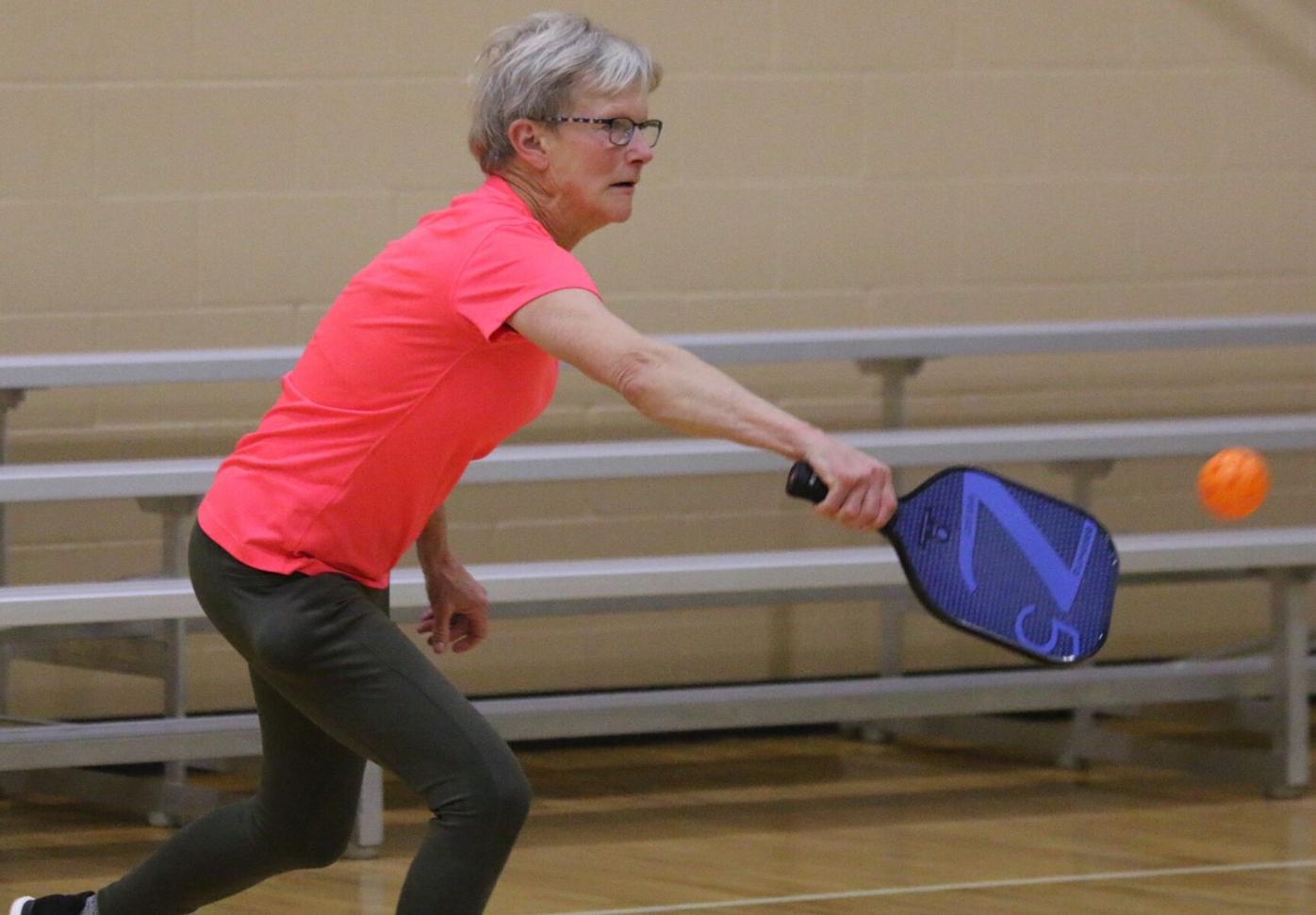 Diane Chrislip swings for the ball Wednesday night at the rec center. The pickleball group meets three times a week, but is hoping to get more players so they can add more sessions. 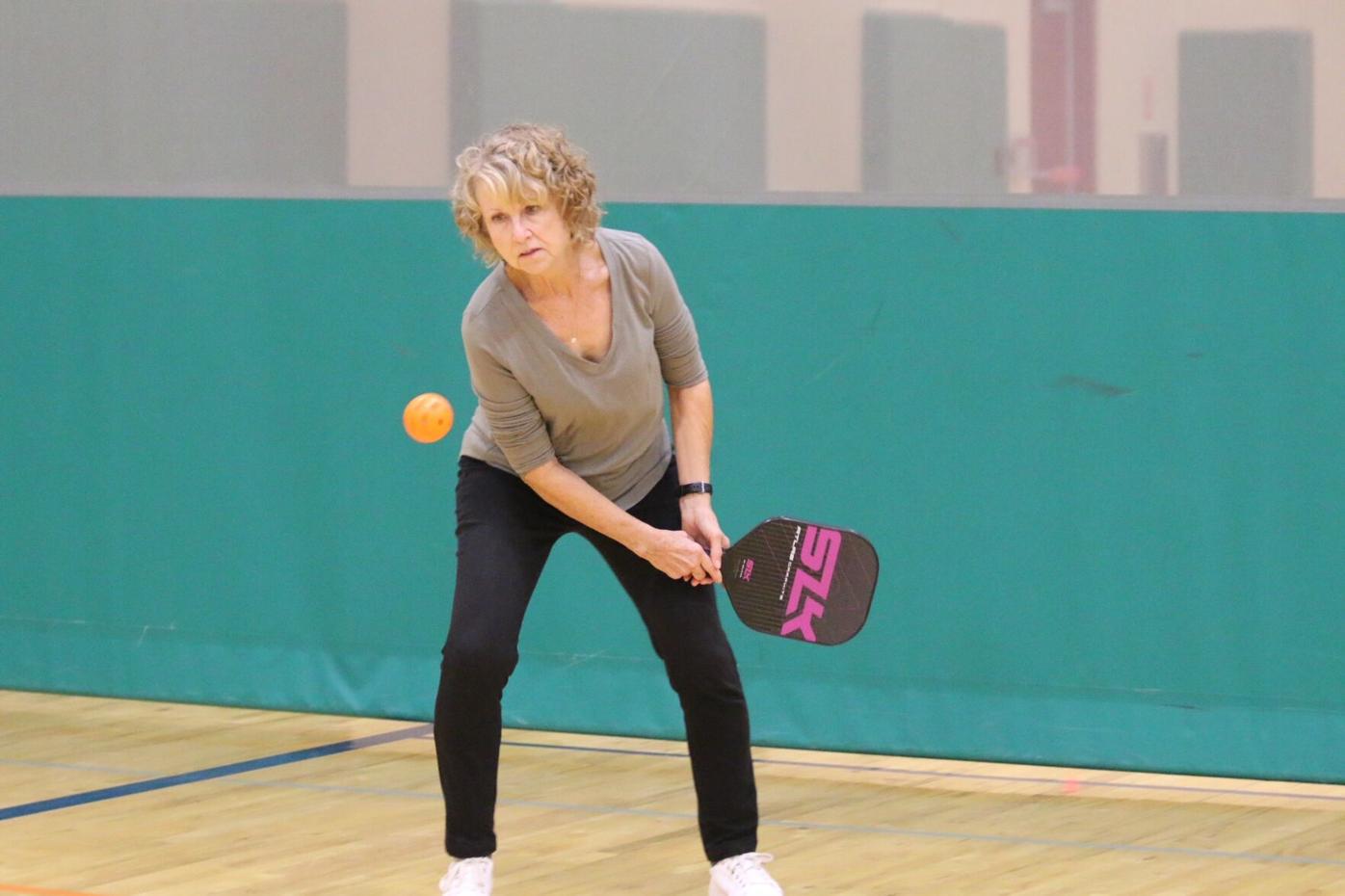 Sandy Morgan Cockrum prepares to hit the pickleball during the group’s evening session at the rec. Sandy and her husband David Cockrum have been playing with the group for three years. 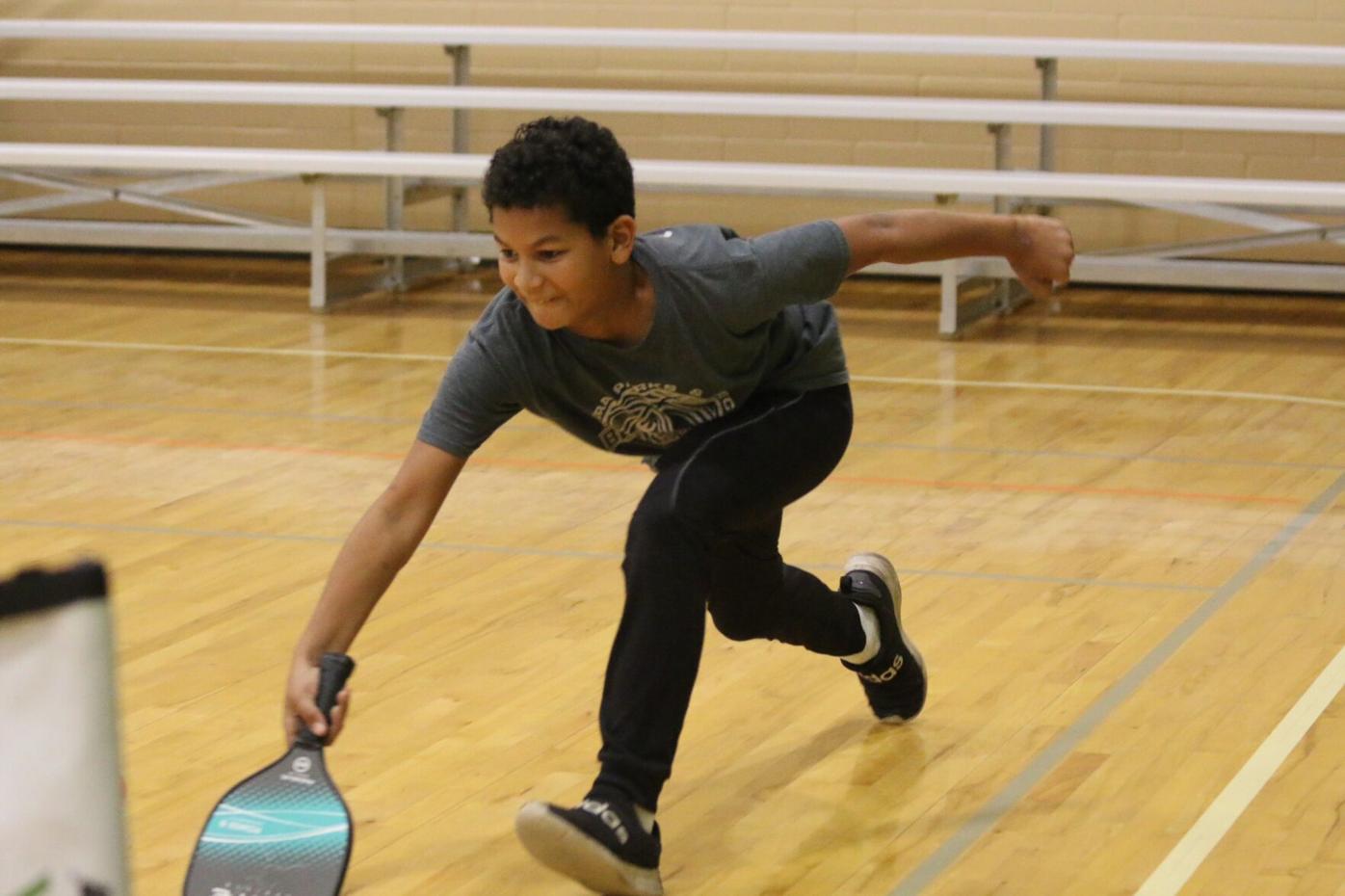 Roman Mach finishes his swing at Wednesday evening’s pickleball session. Mach is the youngest player in the group at 11 years old.

To donate to support our community journalism, please go to this link: tinyurl.com/y4u7stx

After finishing chemotherapy and breast cancer treatment almost a decade ago, Diane Chrislip wanted to get her activity levels back up and found an unexpected sport to help her physical and mental health.

For the past eight years, Chrislip has led regular sessions of pickleball at the rec center to give senior citizens -- and others interested -- the opportunity to play a new sport and meet new people.

“I realized it was such a great way, especially for seniors, to get exercise because it’s fun, and you don’t think about -- that you’re exercising,” she said. “You’re just having such a good time, and I think part of the thing that makes this so special is that you just develop a sense of camaraderie.”

Pickleball is the combination of tennis, badminton and table tennis. There are two teams of two players on either side of a net, each equipped with a paddle. The rules resemble those of both table tennis and tennis, and the game is played on a court similar in size to that of badminton.

“We just have a riot. There is so much laughter, and pickleball -- it’s truly good medicine,” she said.

Two members of this core group are David Cockrum and Sandy Morgan Cockrum. The retired couple initially joined the gym to get more activity in the wintertime, and quickly discovered the rec had pickleball available.

He recounted their first night playing, saying they played with the older wooden paddles the rec had available.

“The next day, I just went and bought us new paddles. I said, ‘We’re going to play pickleball,’” Cockrum said.

The couple has been playing for about three years, and tries to come to every session. For Cockrum, pickleball has been a “blessing” for his health.

“It’s one of these sports where, once it took off, everybody realized it’s a sport for people of all ages and of all skills,” he said.

Cockrum said the people also play a large part in why pickleball is so enjoyable. Sandy Morgan Cockrum agreed, and said members of the group look out for each other.

“They’re nice people here. My knee was giving me trouble last week, and I didn’t come. Diane sends me messages: ‘How are you doing?’ She always does,” she said. “That’s the kind of camaraderie of this group. We really do care about each other. There’s not enough of that these days.”

Although Morgan Cockrum says she is not athletic, she finds pickleball is something she really enjoys as a physical activity.

The group would like to get more people playing so they can add more sessions during the week. Morgan Cockrum said those who want to join in should “just come,” as that’s what she and her husband did. All ages are welcome to join.

One of the most recent additions to the pickleball group was 11-year-old Roman Mach, who was playing basketball in the gym when the group invited him over. They taught him how to play, and he has joined them every Wednesday evening for the past three weeks.

The Eudora Middle School student said the pickleball players are “very nice and inviting,” and that the sport is great for exercise, coordination and fun.

“If you’re like me and you made a heck ton of mistakes when you started playing, you should just keep on trying because it’s one of those sports that is just really fun to get into,” Mach said.

Pickleball sessions are free and take place at the rec center gym from 9-11 a.m. Mondays and Fridays, as well as 6-8 p.m. Wednesdays.

Those who have never played but are interested in learning are encouraged to come during the Monday and Friday sessions, as Wednesday sessions are a bit more competitive. Chrislip said they are willing to teach people during any of these sessions, however.

Chrislip recommends people wanting to join to bring a paddle and wear shoes that are adequate for movement on a basketball court. If any potential players do not have a paddle or cannot buy one, the rec has spare wooden paddles for use.