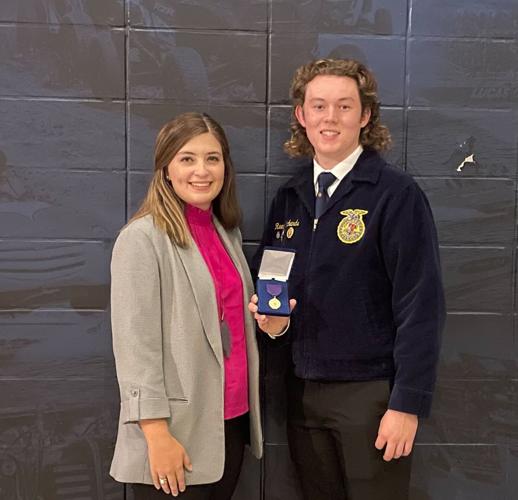 Submitted Photo. Reed Richards placed seventh in individuals in floriculture at FFA nationals last month in Indianapolis. FFA adviser Abigail Snyder said she was surprised by how well the team did. 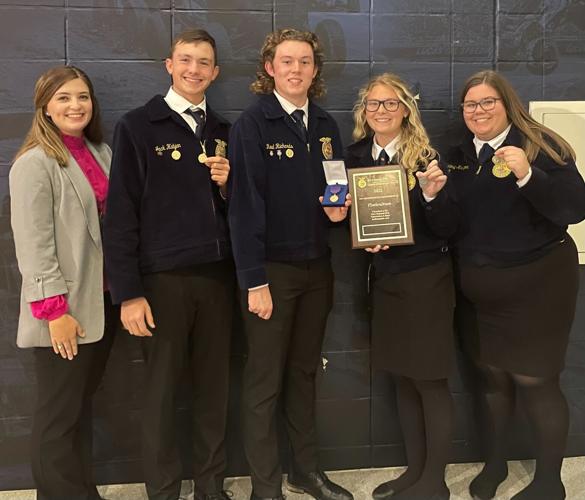 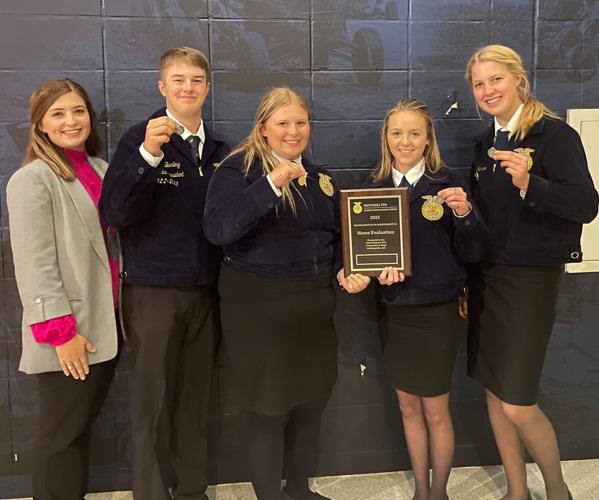 When Reed Richards heard his name called, he said it was a reality check.

During the first general awards ceremony at FFA Nationals in Indianapolis, the judges announced Eudora’s floriculture team received the gold ranking. After the first awards ceremony, Richards knew he had placed in the top 10.

On the national stage, when the judges announced the winners in ranking order, Richards recalled a twinge of nervousness and excitement when they announced who placed 10th, ninth and eighth, realizing he placed higher.

Richards placed seventh in the nation in individual floriculture and said the experience was humbling.

“I had always heard about those people who went to nationals and did really well,” Richards said. “And then to be there. It's just like, wow — not very many people do this. So it's just humbling to be there, but I was also speechless.”

Richards said he had always loved to be outside and became interested in floriculture while working at a local nursery. To prep for the competition, he studied floriculture Quizlets and spent a lot of time in the high school’s greenhouse.

FFA adviser Abigail Snyder said she was surprised by how well her team did because of tough competitors at nationals, but said it was a huge honor that not many agriculture teachers get to see their team achieve.

“It was eye-opening and kind of took my breath away,” she said. “Like holy smokes, they actually know a little bit of what they’re doing.”

The floriculture team was made up of students who graduated last year, including Richards, who returned to compete in nationals. Snyder said the older group pushed themselves hard, which made the entire team better because they wanted to be there. Now, in their absence, they have a large group of younger students.

Snyder said the team will have to work to rebuild the FFA culture and fine tune the younger kids’ skills.

“With such a large younger group of students now, we will have to take time in establishing that culture of being successful and competitive and providing them with the resources they need to succeed,” Snyder said.

Rietcheck said she learned a lot from the older students, and tries to be a mentor for the younger students to repay the guidance the older group gave her when she started in FFA.

Snyder said she hopes to continue growing into a successful team after the older students graduated and to integrate the freshmen into the club as much as she can.

Richards is now involved in his collegiate chapter of FFA at Northwest Missouri State University and is majoring in horticulture. He said placing so high was not only humbling, but made him feel content.

“Hard work pays off,” Richards said. “I guess that’s the moral of the story.”